It was a great pleasure to meet Santhal Professor Mr. Manik Mardi from Ghatshila College, 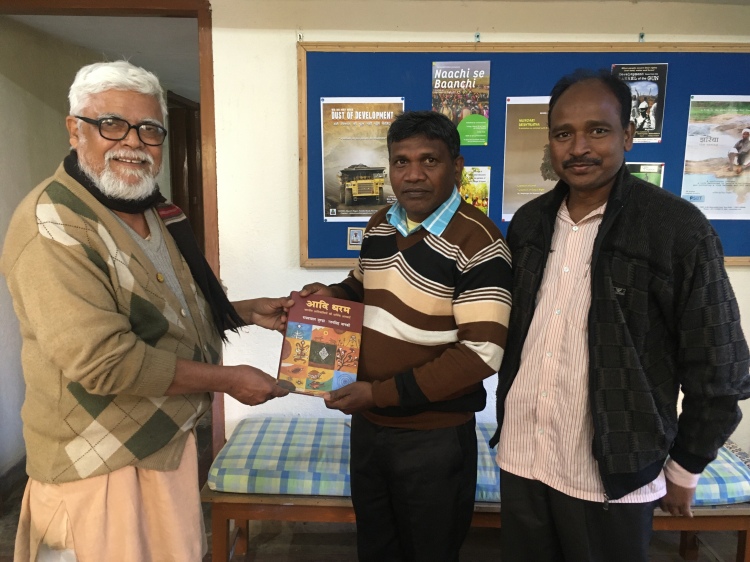 Ghatshila. He visited AKHRA to help our ongoing project on Sohrai festival. Meghnath and Biju Toppo facilitating him with a book named ‘Adi-Dharam’ written by Dr. Ram Dayal Munda.

In the beginning of 90’s some youth sat to evaluate the development in Adivasi (tribal) society. It was felt that although adivasi society has advanced in the field of government services and in sports but we do not have enough presence it the intellectual field, i.e. in the fields of literature and journalism. So, it was decided to develop a group to work in this direction and this is how AKHRA was born in 1996. AKHRA --Traditionally has been an open space in the village for community meeting and entertainment, in old days it was basically a seat of learning. Unlike the traditional Ashram system, where the master used to choose the disciples, AKHRA was accessible to all. AKHRA-- Today, is a group of committed persons, mostly indigenous youths, working in the field of culture, communication and human rights issues of indigenous (tribal) peoples in India, in general, and Jharkhand, in particular. View more posts